Radley College is not an island and being an active part of our local community has always played a large part in our ethos.

The highly successful Monday Activities programme in which all Fifth Formers help with projects useful to the local community continues to go from strength to strength. From mid-September to mid-February, each Monday in term time, boys work in one of the community service groups.

In addition, Radley College has established a partnership with Gehandu School in Mbulu, Tanzania, who we have visited annually since 2012. Groups of boys from the 6.1 year fundraise for Gehandu and assist in the teaching of lessons during their stay. This follows two long-running overseas projects, a 6.1 teaching project in Romania and a 6.2 building project in Kerala, South India. As well as being extremely valuable to the boys who go on them they are of genuine and considerable help to the communities with which we are working.

Find out more about our partnership with Gehandu School

In March 2012, Radley accepted the invitation of The Educational Fellowship, sponsor of a number of primary and secondary academies, to be educational partners (with no financial responsibility) for a boys academy in Maidenhead. Since then Radley has been building links at a number of levels – governor, management, department – with the aim of supporting an excellent new Principal, Paul Frazer, as he sets out to radically improve academic standards.

Radley became involved because Council and SMT felt it is right that the philosophy, methods and teachers that have brought academic excellence to top independent schools be shared, what Lord Adonis has called the DNA of the best public schools. It is important for the future of the whole country that maintained schools develop high expectations and rigorous teaching, and Radley feels it has a contribution to make in this.

This is being effected in a number of ways: Radley provides two governors to the newly renamed Desborough College, that name reflecting the influence of Radley College. Desborough leaders, Heads of Department and others have spent days observing lessons and absorbing Radley’s ethos. Radley Heads of Department have, at the Principal's request, been auditing Desborough departments. Desborough boys have come to Radley to participate in the Radley/St Helen’s 6.2 Conference; to attend 6.2 lectures; to join in Politics lessons; and on a weekly basis, GCSE candidates have had two-hour revision sessions in Maths and Science since February with Radley dons, led by Simon Barlass and others. Many dons have been over to Desborough to teach, and in the case of John Sparks (then tutor of C Social) to coach Desborough’s 1st XV throughout their season. Desborough College’s 1st XV was unbeaten in 2014.

Perhaps the most exciting development was the secondment of Chris Lee, a senior Maths don as the Head of Sixth Form and an Assistant Principal at Desborough in 2013/2014. He immeasurably helped by transfusing the values of a successful Sixth Form and its expectations. John Sparks was then seconded to Desborough as Deputy Head, and remains the College's link to Desborough.

The challenge for the staff at Desborough, with which Radley has strongly associated itself, has been to take Desborough to an OFSTED judgement of outstanding. Already, the college has improved at the inspection of September 2014 achieving a rating of Good. The Principal is relentlessly pursuing future improvement in results at GCSE this summer; when that is achieved a corner will have been turned. Parents in the Maidenhead area are again placing their trust in a school which 30 years ago was its most distinguished grammar school. We will do all we can to enable this transformation to occur and to be sustained, by building on the links which are currently germinating. 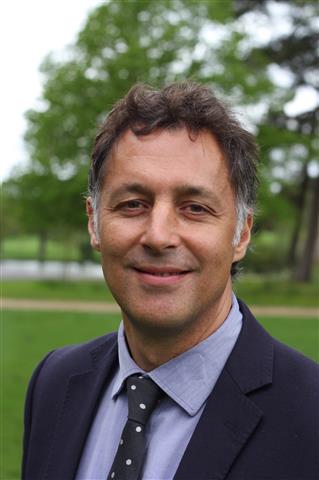