D Social has an enviable position looking onto the beautiful Chapel Quad. The Dining Hall is only a few metres away, as is Chapel, and we are next to Clocktower Court (the Coffee Shop). Unrivalled communal space on the ground floor alongside our astroturf ‘Patch’ cements the family feeling of the Social where all boys of all ages are involved.

That low man, goes on adding one to one, / His hundred’s soon hit:
This high man, aiming at a million, / Misses an unit.

Robert Browning articulates the philosophy that we try to bring to bear in D Social nicely. Boys should strive to reach beyond what they might at first feel they are capable of. It is important that boys try their hand at a variety of what the College has to offer and also that their horizons stretch beyond the campus. D Social’s Shells’ commitment to the all-rounder ‘McPhail Trophy’ (which sees boys accumulate points for contributions in all walks of College life) is evident: they were winners in 2015 and 2017 and 2019.

Boys have the chance to participate in charity running events outside of College: the Oxford Town and Gown 10K and the Blenheim Half Marathon are both events boys attend each year. In 2015, D Social Sixth Form boys and dons successfully completed the National Three Peaks in under 24hrs; in 2017 we took to the 'Welsh 3000s’; and in 2018 we tackled the 87-mile Ridgeway Relay. In 2019 the whole Social undertook 'Summit 500', a mountain trek to raise money for boys’ chosen causes. Charity work is important and is supported by our annual Garden Party: since the Social’s 24-hour Charity Challenge in 2011, boys have gone about fundraising with real dedication. D boys’ undertakings have ranged from swimming the Channel for the Charlie Waller Memorial Trust to marching across Normandy laying crosses at the graves of Old Radleians in aid of Combat Stress.

D - the first boarding house to be built as a 'Social' where boys and staff form their own community - lies at the heart of College, on the beautiful Chapel Quad. Dining Hall is only a few metres away, as is Chapel, and we are next to Clocktower Court (the Coffee Shop). Unrivalled communal space on the ground floor alongside our Astroturf ‘Patch’ cements the family feeling of the Social where all boys of all ages are involved. The garden's croquet lawn hosts particularly healthy competition on summer Saturdays alongside the BBQ. That boys in D pull together is best epitomized in their success in recent College Steeplchase races (2015-2018), where every able-bodied member of Social gave their all around the muddied cross-country course to win the day. D are also proud to have recently held the Haddon Cup (Social Drama) and the Smale Casket, the whole-school academic competition which tots up distinctions, prizes and results across the year, for 2017-18 and 2018-19. 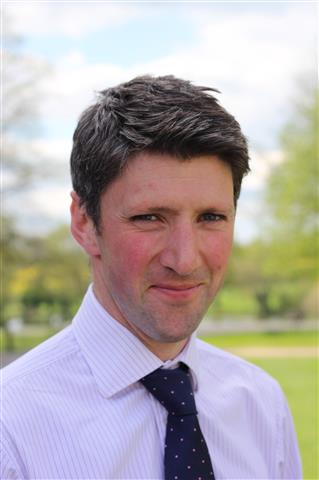 Harry Crump
D Social Tutor
I have been Tutor of D Social since 2011 and at Radley since 2004, where I teach English. Beyond the classroom, I coach hockey and tennis and I dabble in a basketball team for enthusiasts, boys and colleagues alike. I have enjoyed introducing hundreds of Radleians to lacrosse over the past decade through the club which I run for 6.2 boys, though my favourite afternoons of the year must be those spent on the lawns on the 1st XI outfield with members of the Radley Croquet Club. I play violin in the College Orchestra and – when time allows – sing in the Choral Society. I grew up in the Galloway hills and like to scramble up slopes when the opportunity arises; recent expeditions have included taking Sixth Formers up the 'Three Peaks', taking on the 'Welsh 3000s', and running along the 87 miles of the Ridgeway in relay with D Social boys and colleagues. My first degree is in Law – from Edinburgh – and I took an Open University degree in English Literature over the first years of my teaching career here. I am married to Hattie, who teaches at a local Prep School, and our three young children are adept at making more noise than the whole Social put together. 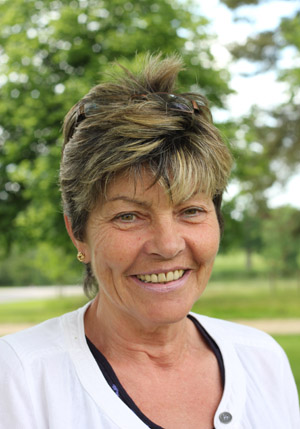 Laney Parker
D Social Pastoral Housemistress
I have had a varied career, involving working with youngsters in administration and being a Welfare Officer with the Military and then running a Military Mess. Not long before joining Radley I enjoyed teaching English in Thailand as a volunteer. I love to watch youngsters mature and develop, and for them to have an aim in life and to go all out to achieve it. I have a huge sense of fun but equally can be firm but fair when the need arises. I have an excellent working relationship with D Social's Tutor. I am also fortunate enough to have the company of my dog Rubie, who absolutely adores boys, especially if they have a ball to throw! 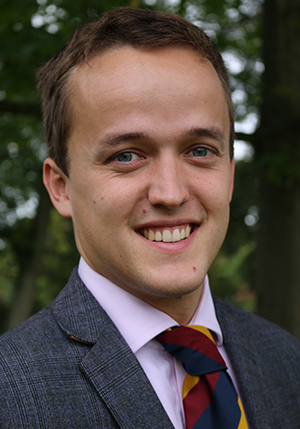 Stuart Walter
Maths Teacher, Economics Teacher, D Social Sub-Tutor
Having completed my degree in Economics and Management at Oxford University in 2014, I spent two years as a rowing coach, which included a year at Peterhouse School in Zimbabwe. It was while at Peterhouse I got my first taste of the boarding school lifestyle which I found immensely enjoyable. I also had my first experiences of teaching there, to go along with coaching. On my return I started teaching full time at Millfield School, alongside which I completed my teacher training and PGCE. From there I joined Radley to teach Maths and Economics as well as moving into D Social as the Resident Sub-Tutor. My personal passion is for sport which is limited only by what I can get my hands on to try out, however you’ll most frequently find me playing cricket, coaching rowing or dabbling in squash.