Delivering outstanding pastoral care is a collective responsibility shared by all members of the college, who together seek to provide every boy with the support and encouragement that will enable them to get the very best from their time at Radley.

Each Social has a dedicated pastoral team and is characterised by a strong sense of family. Every effort is made to create a relaxed atmosphere within the Social, where boys can work and relax as they would at home.

Boys are looked after by a Social Tutor, supported by a resident Sub-Tutor (Assistant Housemaster) and a Pastoral Housemistress (Matron). Senior boys are given responsibility, as Prefects and Mentors, in helping with daily routines and settling new boys in to the Social.

New boys spend most of their time in Social Hall, a common room in which they sit down to prep in the evening, and sleeping accommodation is provided in cubicles arranged in small dormitory areas during the first year. From the second year onwards, all boys have their own individual study bedrooms. Each Social has a number of communal spaces where boys can relax together, whether that be watching television, playing table tennis or making toast in the Cocoa Room.

There is healthy competition between Socials and all strive to be the best. There are annual inter-social competitions in most major sports, as well as in music, drama, debating and declaiming to name but a few.However, the real measure of a Social’s success is in the cultivation of a happy and supportive community in which all feel valued and fulfilled.

A Privilege Weekend is intended as an opportunity for boys to be at home attending family functions such as birthdays, weddings and anniversaries. A Privilege Weekend begins after games on Saturday afternoon, with boys returning to Social by 9:00pm on Sunday evening. Arrangements are made through the Tutor.

The intention of a Sunday Out is to allow boys to go out for lunch with their parents after Chapel on Sunday morning. Boys are expected to be back in Social in the late afternoon and no later than 9:00pm in the evening.Arrangements for taking a boy out on a Sunday are made through the Tutor.

In his absence, any concerns or allegations should be referred to the Deputy Designated Safeguarding Lead, Mr Tom Ryder, or one of the pastoral team (Miss Suzie Naylor, Alex Gilley) or direct to the Warden.

Social Prayers is a weekly assembly held in the boarding house on a Wednesday evening in place of Chapel.  All members of the Social attend Social Prayers and guest speakers are often invited.   Social Prayers is widely used as an opportunity to celebrate the successes of individuals, teams or the Social as a whole, with awards being bestowed on those who have made significant contributions in the past week.

The visiting speaker’s address is always eagerly anticipated. A senior boy in the Social is given responsibility for inviting speakers for the term, both from Common Room and also boys from other Socials. We are always impressed by the confidence with which boys will deliver a talk to their peers in other Socials and seek to encourage this approach ever more widely. The talk can be on any subjectdear to the speaker’s heart and will usually have a strong moral message.

The Tutor will also use Social Prayers as an opportunity to communicate important notices.

Cocoa is an evening gathering in each social, and begins at the end of prep at 9pm.

Normally one sub-tutor per night brings in biscuits, cake and other snacks for Cocoa, which happens in the Social cocoa room. Boys are able to come and go as they wish, chat with the don on duty and other boys in a friendly environment. There are scheduled Cocoas given by the Resident Sub-Tutor, Tutor and PHM each week, while during the course of the term, other sub-tutors have a rota to be on cocoa duty. Usually, as the evening progresses, the older boys in the social are left with the last few biscuits and the final slice of cake, talking about the world and the things which matter to them. Cocoa comes to a close soon after 10.30pm as the boys go to bed. 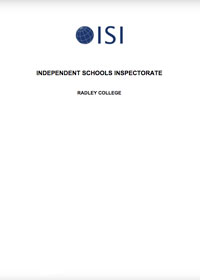 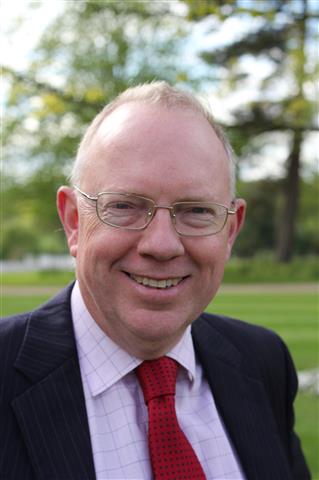 Ben Holden
Sub Warden, Design Engineering Teacher
I was appointed by Dennis Silk in 1987 to teach Design and Technology and coach rowing. After five years as an assistant teacher, the opportunity to lead the department arose, following the departure of the incumbent HOD. Seven years later, the new millennium started with a move to Tutoring in D Social and in 2004 our children, Ruairidh and Sadhbh arrived. It was with heavy heart that I moved on from D Social in 2011, to begin a new chapter as part of the Senior Management Team. Radley is a unique place and I have always felt immensely proud of the understated excellence demonstrated by our boys in all that they do. 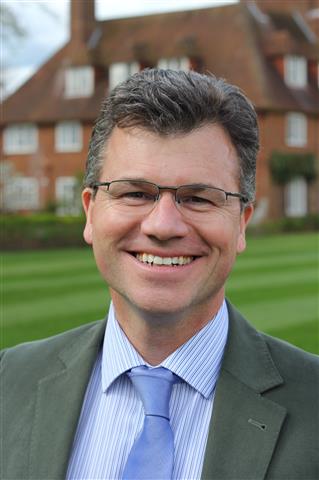 Tom Ryder
Deputy Designated Safeguarding Lead, Art Teacher
I was appointed in 1995 to teach Fine Art, specialising in sculpture, having previously lived and worked in the USA and Canada. Increasingly I became more involved with the Pastoral Team and was appointed Tutor of A Social in 2008 where my two children grew up with an extended family of 70 boys! Having served 12 years in Social, I am proud to be the Deputy Designated Safeguarding Lead. I am passionate about coaching Colts Rugby and in the summer indulge in open water swimming with students. 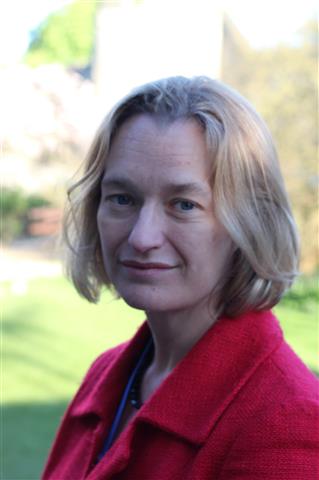 Suzie-Louise Naylor
Head of Academic Music, Head of PSHE
I started my teaching career at Bradfield College before arriving at Radley in 2000 to become Head of Academic Music. I am a senior examiner and moderator for Edexcel (GCSE/AS/A2 Music) and have taught on the Gifted and Talented programme at Villiers Park. I am a member of the Child Protection team. Proudest achievement: climbing Kilimanjaro with Radleians in 2013. Guilty pleasure: grisly Scandinavian crime novels. 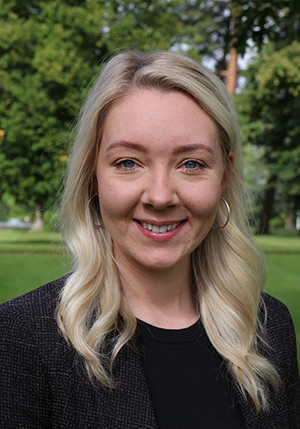 Becky Burns
Head of Shells
Originally from Northern Ireland, I joined Radley in 2017 after graduating from Queen’s University, Belfast with a Joint Honours Degree in French and Spanish and a PGCE in Modern Languages. During my time at University, I was lucky enough to travel and work in Spain and found a home from home in Granada. I always knew I wanted to be a teacher and was thrilled to join the MFL department at Radley to teach French and Spanish. I live at Radley with my fiancé, Warren, who is Head of Strength and Conditioning at the College. Outside the classroom, the boys will see me on the sports field coaching Colts football in Lent Term and Midge Tennis in Summer. During my time at Radley, I have become increasingly involved in Pastoral care and was appointed as Head of Shells in 2020. I am passionate about giving our pupils the best possible start to their time here at Radley and helping them flourish in their first year. Outside work, I am an avid traveller and love to hike and keep fit. Although nothing quite compares to spending time in my beautiful home country. 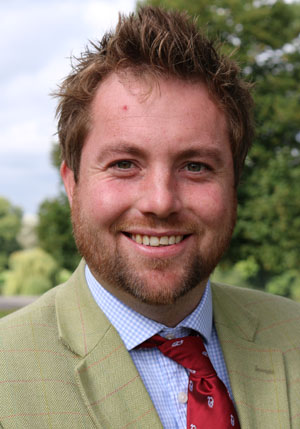 Charlie McKegney
K Social Sub-Tutor, Head of Removes, Design Engineering Teacher
After graduating from Loughborough University, I enjoyed 7 years at Cheltenham College before joining Radley in 2016, in the Design Engineering Dept and as Resident Sub-Tutor of K Social. I live in K Social along with my fiancée Olivia, who works for Diageo and our cockerpoo puppy Basil. Outside of the workshop, I am a keen sports man and coach JC1 rugby and Colts 1 cricket. Alongside this, I am also the Head of Removes. This role essentially involves keeping a close eye out for the Remove year group, working with the Tutors, ensuring we get the most, and best out of them in all areas of Radley life. In my spare time, I enjoy getting creative in the kitchen, honing my culinary skills and playing all manor of sports from golf to football to real tennis. 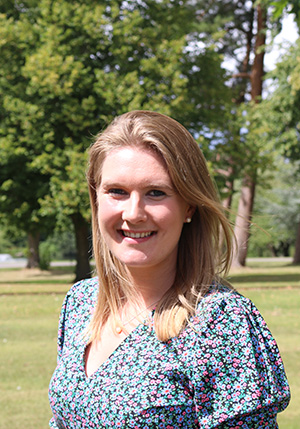 Joanna De Ritter
Head of Fifths, Modern Languages Teacher
I joined Berkhamsted School as a teacher of German and French in 2011. I left there a Deputy Housemistress, a job I loved, to take on the role of Head of Modern Languages at Thomas’s Clapham. Although enjoyable, I missed the pastoral side of teaching, and teenagers! I returned to full time teaching in 2019, moving to Radley with my husband Tom and two young daughters, Olivia and Emily. We love the fantastic Radley community and I am thrilled to be Head of Vths from September 2020. I enjoy coaching Hockey and Tennis and singing in the Chapel Choir. Away from the classroom I enjoy spending time with my family and am a keen skier and sportswoman.
In Boarding
where next?