The cricket club aims to honour the school’s cricketing tradition whilst evolving to offer boys the best foundations possible in an increasingly busy timetable.

A recent OR dinner at Lord’s highlighted the traditional strength as former England captains Ted Dexter and Andrew Strauss shared the stage for a Q&A session with Nick Gubbins who was about to jet off to Australia with the England Lions.  As well as producing professional players, the club is just as committed to providing a proper cricketing education for boys who play in any of the 19 teams on a Saturday. Last summer 230 boys represented the school in official fixtures and we are proud to instil a love for the game and the values it promotes.

The cricket programme runs through all three terms. The winter is used for technical development in preparation for the summer season. The school’s cricket professional, Andy Wagner, was named Sky Sports’ coach of the year in 2012 and has been instrumental in the development of some of our finest players. During the off-season, he offers one to one coaching to the top cricketers in the school alongside two weekly net sessions, which are open to all. We have two dedicated cricket professionals on hand during those net sessions. A bowling machine and a newly-purchased 'Merlyn' allow boys of all abilities to develop skills for the summer.

However, the jewel in the crown of the club’s winter programme is the Academy, which meets on Sunday mornings and has enjoyed a glittering list of visiting coaches. Coaches with experience of the very top of the game and a range of specialisms come and share their wisdom. Recent visitors include OR and former England One Day International Jamie Dalrymple and Ashes-winning captain Andrew Strauss among others. These sessions allow the leading players from all year groups to exchange ideas and receive tips from cricketers who have played at the very highest level.

In the summer, the club has 19 teams across the year groups and a very strong fixture list. The 1st XI play in two cup competitions against some of the country’s leading cricket schools. The 1st XI won the John Harvey Cup and finished joint top of the Cowdrey Cup in 2017. However, whilst success on the pitch is important, the onus is on enjoyment of the game and a healthy respect for the values of cricket. Boys are encouraged to play the game in a competitive fashion without losing sight of the spirit of the sport. 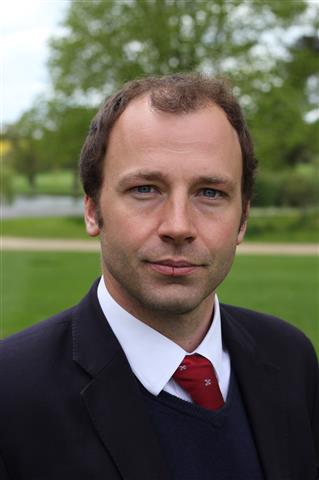 Simon Dalrymple
Master I/C of Cricket, Spanish Teacher
My cricket career started playing age group cricket for Buckinghamshire before moving to Radley. I was coached by ARW in the 1st XI and played for the Oxford University Centre of Excellence from 2001-05. This allowed me to combine my studies with playing cricket in the Parks and to test myself against First Class opposition. I received Blues in 2002 and 2004 and enjoyed the challenge of playing against Cambridge in the 4 day Varsity games as well as the chance to play at Lord’s. Since returning to Radley to teach I have coached the Colts 1st XI and 2nd XI and took over the cricket club in October 2013. It feels like my cricket has gone full circle now working with Wags and trying to ensure that the club goes from strength to strength both at elite level as well as continuing to offer the best cricketing experience for all. After studying A Levels in Spanish, French and History, I went to Christ Church Oxford to read French and Spanish. Following time in Guatemala I went to Madrid in 2004 and spent a year working in a law firm before returning to take my final exams. I specialised in the literature of conquest of the New World in my final year and continue to love the range of opportunity offered by studying Spanish. Seeing boys start Spanish from scratch and develop a solid grammatical foundation as well as a genuine love for the subject is hugely rewarding and the department looks to encourage this through regular Spanish society events as well as trips to Spain in the Lower School and 6th form. 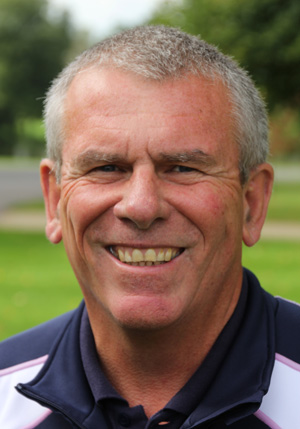 Andy Wagner
Cricket Professional
Prior to being offered a post at Radley (as the College Cricket Professional) I had twelve wonderful years at Lord's - many as Assistant to the Head Coach of the MCC. On arrival at Radley (January 1985) my coaching role expanded to include rugby and hockey as well as the administration for up to five sports. Over the winter months I've been lucky enough to work with the Middlesex County Cricket Club Academy and have been running their Under 19 & Under 17 sides during the summer holidays for the last 17 years.
In Sport
where next?