Racquet sports have a rich tradition at Radley. The new ‘Racquets Sports Rotation programme’, offered in the Michaelmas and Lent terms as a main games option, provides willing participants the opportunity to test their skills on the Rackets, Real tennis and Squash courts.

The racquets sports also cater for those who have chosen to participate in other games options, with programmes running from 1.30pm-7pm on Tuesday, Thursday and Saturday. A member of the strength and conditioning programme works with the boys twice a week, targeting areas where performance can be improved.

Rackets is one of the fastest ball sports in the world. Played in public schools since the late 1700s, rackets is a sport steeped in tradition and history. The first Radley pair to compete on the school circuit was in 1887, with the school gaining its first national success in 1930. James Male, a pupil in the late 80s, held a sporting record as the World Rackets Champion for more than 10 years.

The current programme is overseen by our full time rackets professional James Rock who is supported by Kyle Stovold (Master in Charge of Rackets). Currently there are around 40 pupils in the programme, with that number increasing every year. With one court ideally located in the central area of the school, the sport is going from strength to strength as the College aims to have success at a national level. All age groups participate in the National School Singles and Doubles Championships that are held annually at the Queen's Club in London.

Since the opening of the new Real Tennis court in 2008, Radley became the only school in the world to have fives, squash, badminton, tennis, rackets and real tennis courts all on campus. Head Professional Chris Ronaldson is an ex- world champion and winner of multiple grand slam titles. With the excellent assistance of Mick Dean the boys and club players have a wealth of coaching and Real tennis knowledge to tap into. Radley play fixtures against the likes of Eton, Wellington and Canford, as well as Oxford University and the Queen's Club. As current holders of the National School Singles and Doubles titles, the standard of play at the school is very much going from strength to strength, with a handful of boys playing in the Junior World Championships. In 2018 Radley boasted 3 of the world’s top ten U18 players.

The Radley College squash team competes in around 22 school matches through the Michaelmas and Lent terms involving players from all year groups. In addition we have a good record in the Roehampton Schools invitational tournament against other top squash schools, and we are looking to expose the players to other similar tournaments in the forthcoming years. We also have some friendly matches against non-school teams such as the Jesters, ORs, and on occasion against league teams. For details about a fixture please refer to the calendar and contact your son to establish exact details and to confirm that the match is taking place. Our professional is Scott Handley, who coaches players on Mondays, Tuesdays and Thursdays through the competitive season and on a one-to-one basis during the summer term.

The College has five squash courts and these are available to students at all times when they do not have other commitments. Shells can use the courts when they are not training for their major sport. This also applies to most Removes and Fifths, although some are able to join the 'racquets rotation programme' by special arrangement and can dedicate more time to squash and other racquet sports. Senior school players can choose squash as their main sport in the Michaelmas and Lent terms. 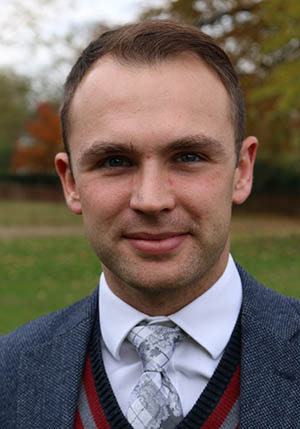 Anthony Hibbs
Maths Teacher, Master I/C of Squash
Originally born and raised in Jersey I moved to the UK in 2007 to complete an undergraduate Masters in Physics at Warwick University, followed by a Doctorate in Theoretical Physics at Oxford University. I then spent the best part of two years working for a hedge fund before opting for a change of direction. I feel very fortunate that this led me to the Mathematics Department at Radley College, where I have been teaching since September 2017. Outside of the classroom music and sport occupy lots of my time. I coach squash and cricket at Radley, and get on the court or in the nets as much as possible during games sessions. I also regularly play real tennis and golf, and am a very keen skier. 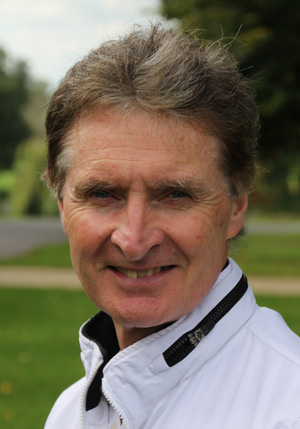 Chris Ronaldson
Real Tennis Pro
After a childhood in Tanzania, I have been a real tennis professional for 47 years, winning the World Championship from 1981 to 1987 and the British Open Championships on seven occasions. I have been at Radley since the real tennis court opened in June 2008. I read History at the Open University and I have a Masters degree in History from the University of London. Of my three sons, two are also real tennis professionals and the third teaches Maths at Winchester College. My partner is Maggie Henderson-Tew, who is currently a mature student at Exeter College, Oxford and is the club captain. 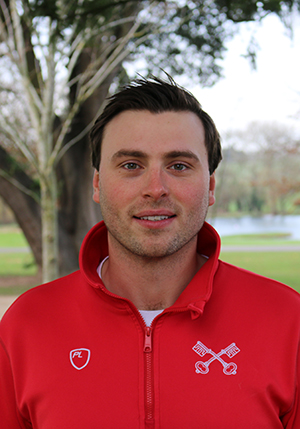 James Rock
Rackets Professional
I arrived at Radley in September 2016, having worked as the Head Professional at the Montreal Racket Club for 5 years. Before moving into rackets coaching I studied Sports Science and Psychology at the University of Stirling. I have represented my County at squash, tennis, hockey and golf but rackets is where my real passion lies. At Radley I aim to deliver a program that ensures the court is active at all times, providing opportunities for players of all levels, with the top end challenging for national titles at the Queens Club each year.
In Sport
where next?