Rowing has been at the core of life at Radley since 1849. From very modest beginnings, the Radley College Boat Club has grown into one of the best equipped, best coached clubs in the country, with the added good fortune of being on a particularly beautiful stretch of the Thames.

Rowing takes place in the Lent and Summer terms and seeks to accommodate all abilities and levels of commitment. Apart from the obvious benefits from the exercise, rowing develops great team spirit and an ability to work together found in few other sports. The demands of the training, particularly at the senior level, require self-discipline, time-management and motivation; skills that are reflected in above average exam results for most crew members.

During their five years, boys progress through a carefully structured programme that will allow them to excel at the highest levels of British Junior Rowing or just keep fit and have some fun. After Radley many boys continue to row at university and typically one or two will be involved with the GB national squads.

Each year group puts two or more crews on the water that participate in a busy programme of private competitions with other schools, head of the river races and regattas. Parents, families and friends are very welcome at all of these events, as they are to the social events organised by the Radley Mariners – the supporters’ club run by Old Radleians and parents.

For the termly RCBC Newsletter, please follow the link below:

The Sculling Socks course involves teaching a level of competence in a single scull sufficient to reach Sandford Lock (a mile and a half upstream) and back unaided. Boys who have successfully achieved Sculling Socks are invited to take part in the Woodgate Sculls, which is the whole school sculling championship.

In the dark months crew sculling is introduced in our purpose built indoor rowing tank before moving into boats in January; the goal for the year is to produce a high ranking octuple scull at National Schools’ Regatta (NSR) in May. Radley has won NSR gold medals in crew sculling events in 2014 and 2015.

Rowing training serves to complement the autumn rugby with water sessions twice a week. In the Rowing Tank, J15s begin to make the transition from sculling to sweep-oar rowing and continue on the water in eights. Morning strength and conditioning (S&C) is introduced twice a week and ergometer training intensifies. The main objective for this year is to produce a high ranking J15 Championship Eight at NSR.

S&C continues throughout the year and, in addition, the top J16 boys are invited to the RCBC Senior Easter training camp. From this a 16-1 crew emerges. The main target for them is NSR. After NSR the top athletes in the J16 group may be invited to trial for the school First VIII, or could be sent to trial for the J16 GB vs France match; occasionally a J16 oarsman will win a place in the Radley VIII for Henley Royal Regatta (HRR).

We deploy the latest technology and training methods from the cutting edge of the sport: heart rate monitors, telemetry, lactate testing and video analysis are routinely used to monitor and encourage the progress of athletes. Our top athletes trial for the GB Junior National team, and in the past ten years at least one Radleian per year has represented the country in an international competition. The Radley VIII regularly makes the final of NSR and the weekend stages of HRR, where the best schools from around the world also compete.

Strong links between Radley and leading US universities have been forged and in 2015 a total of nine Radleians were enrolled in Ivy League rowing programmes, including two rowing in the Yale, and one in the Princeton, First Varsity Eights as well as the many boys continuing with their rowing at UK universities. There is no better platform for an academic boy to take rowing to the very highest level than the foundation which RCBC provides, with rowing fitting neatly together with A level study in a boarding education environment, and it therefore should come as no surprise to see so many Radleians among the names of Oxford and Cambridge Blues and Olympic medallists in the sport.

Radley's rowing tank is available to hire by external clubs. To make a booking enquiry complete the form on our Sports Centre Facility page. 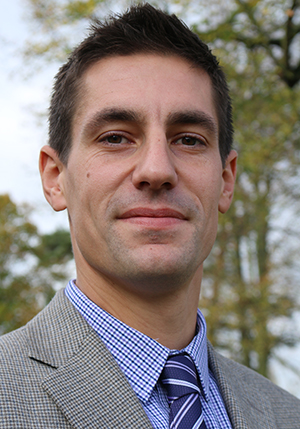 Sam Townsend
Geography Teacher, Master I/C of Rowing
I am the Master in Charge of the Boat Club and a former international rower of two Olympic Games. I started the role having coached previously at Reading University BC and Oxford University Women’s BC which I did alongside my own training for the GB Rowing Team. I competed for 12 years for my country earning a number of medals along the way. I graduated from Reading University in 2010 with a BSc in Rural Environmental Sciences. I work in the Geography department alongside the Boat Club commitments. I am married to Tasha, who herself rowed for GB at two Olympic Games in the eight. 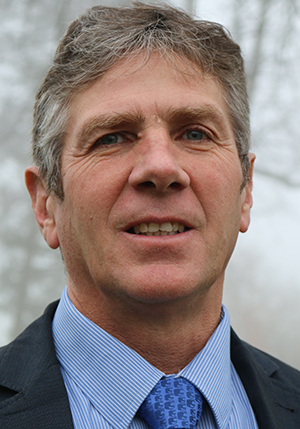 John Gearing
Geography Don, Head Coach for Rowing
John arrived at Radley in 2007 and initially taught English and Geography and was Director of Rowing. He now teaches Geography and is Head Coach of the Boat Club. As a rower he won nine senior national titles in the coxless four, eight and double scull. He was also a member of the South African senior rowing team for seven years. His coaching record includes five national championship wins and five South African Schools’ Boat Race wins during his eight years at St Andrew’s College. He also coached University of KwaZulu-Natal and Rhodes University crews to Boat Race wins and national championship wins in both the men’s and women’s divisions. He was a coach on the South African national team, winning medals at both Junior and U23 World Championship level. He has coached the Great Britain Junior Team on a number of occasions and his crews have achieved medals at four Junior World Championship events.
In Sport
where next?