The heritage of rugby at Radley stretches back over a hundred years. First introduced in the early 1900s as an alternative to ‘soccer’, ‘rugger’ championed inclusion and gentlemanly values.

The first fixture was played against Sherborne, a fixture celebrated in the centenary match of 2014, and nowadays Radley is able to field 23 teams on a match day, allowing every new boy the opportunity to pull on the college’s distinctive cherry and white in his first term. The values 100 years ago are the same values cherished by RCRUFC in the modern era: respect, camaraderie, humility and determination define the Gentleman Warrior in which Radley takes pride.

From the Midgets through to Bigside, the aim of the club is to foster a love of the game by focusing on the development of skills and decision-making, delivered through a fun and challenging programme. On the first day a boy starts at Radley, he will experience the Midgets Social Tag competition, designed to give everyone an opportunity to shine in a competitive environment and to bond with his fellow Shells.

In the Michaelmas term, in addition to the weekly games sessions, the Bigside squad receives match analysis on a team and individual basis, regular skills clinics and a first-rate strength and conditioning programme, undertaken in our state of the art McKenna Centre. This allows the players to be as competitive as possible during a small window of opportunity. The fixture list is supported by a regular touring programme during the summer, including a long-haul tour every three years.

From the outset, RCRUFC looks to build on the foundations laid down by the RFU law variations. The focus is on increasing the number of touches, improving core skills and decision-making through a predominantly game-based programme. The aim is to develop leadership, resilience and teamwork – qualities that are invaluable both on and off the field.

The club is supported by: 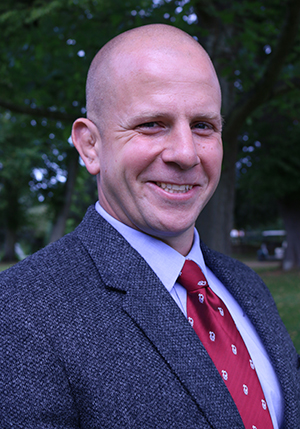 Nick Wood
Master I/C of Rugby
My love of rugby flourished during my time at Radley as a boy (1996-2001, H) under the tutelage of my predecessor, RMCG. Leaving Radley in 2001, I spent 15 years as a professional rugby player for Gloucester, retiring at the end of the 2015/2016 season as their most capped player and the first to play 200 Premiership games for the club. I was fortunate to represent England Saxons and to tour South Africa and Argentina with the senior team. I returned to my alma mater as Master i/c Rugby with the aim of establishing a programme that that not only develops excellence, but also fosters a love of the game in every boy who plays.
In Sport
where next?