Tennis is played at Radley throughout the year and is a very popular sport in the Summer term.

Up to 16 sides play on any afternoon. We participate in the Aegon Junior, Senior National Championships and the ISTA Championships at Junior and Senior level. The Club is thriving with around 180 members. Matches and tournaments are played against many other schools including block fixtures against Eton and Harrow.

Tennis coaches at Radley are:

For eight years the Club has enjoyed visiting the Tennis Academy Mallorca at Easter, where team players have enjoyed successful pre-season training. This is open to competitive players of all ages.

Lawn Tennis in the Winter Months

During the Michaelmas and Lent terms, tennis continues to be played.

Tennis runs as an Alternative Sports Programme Games option for Removes and Fifths who are not playing Rugby in the Michaelmas term, and as a Shell Monday Activity in the Lent term.

Every year group has access to high level coaching from external coaches who are employed by the College for the duration of every games afternoon in the summer term. Each year group is led by experienced dons, four of whom have the full LTA professional DCA coaching qualification. In addition Tennis runs as a Shell Monday Games Activity in the Lent term.

Throughout the year performance players are also able to enter regional match play tournaments to improve ratings and can play by invitation for the County and against senior club sides including Oxford Penguins, The Roehampton Club and Oxford Sports.

During the Michaelmas and Lent terms selected boys train indoors on Wednesday evenings at the Oxfordshire LTA Centre and elite players train with Bigside Coach Jon Maskens, Oxfordshire Men's Captain, on Thursday afternoons as a games option. At the elite level year groups are mixed encouraging younger players to excel and exposing older players to differing styles and moving them out of their comfort zones. Personalised strength and conditioning sessions are provided for selected players and overseen by Warren Beattie, Head of Strength and Conditioning. 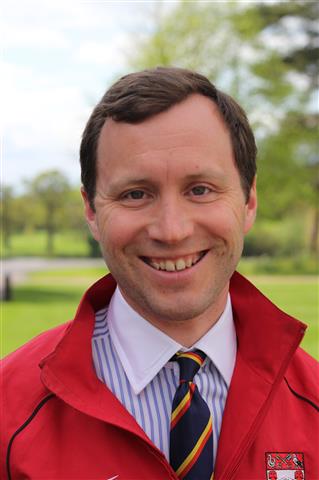 Ralph Woodling
Master I/C of Tennis, Chemistry Teacher
I am a Chemistry teacher and Master in Charge of Tennis. I graduated from Oxford in 2000 and entered teaching via a PGCE at Cambridge, following a brief spell in banking and cooking. I taught previously at Tonbridge and Shrewsbury and I am the Chemistry Lead for Buckingham University School of Education and hold an explosives certificate. I am a DCA qualified tennis coach and play league club tennis at Roehampton, and for Radley dons. I am an enthusiastic Rugby and Hockey coach. I am a keen motoring enthusiast and owner and enjoy ski touring, cooking and wine, and sit on the Radley cellar committee. I am married to Laura, an anaesthetist in Oxford, and have two children, Rufus and Ottilie.
In Sport
where next?